I HAVE ALWAYS WANTED TO:

Available on Amazon in paperback and Kindle!

Three weeks later, on June 4th, her fiancé’ was killed on a construction site in Virginia.

A month later, on July 15th, her brother committed suicide leaving behind two young children who were killed in a car accident on September 18th.

Falling back on her ex-boyfriend she tries to rebuild her life only to find him dead of a drug overdose on October 31st.

AN AWARD WINNER AND AMAZON BEST-SELLER!!! 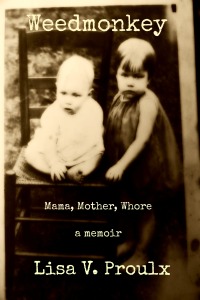 Growing up during the Depression and forced to live in coal mining camps throughout Appalachia, Virgie Hopkins is subjected to child molestation, the KKK, murder, homelessness, starvation, and ridicule for being the daughter of the town whore.
Virgie grows up hating her mother who was taken away when she was nine years old and while she was gone, she and her brother were put into foster care, starved and abused.
When her mother returned, she did not know her husband or her children and Virgie could not understand why she had changed.
At 16, Virgie made the decision to leave Kentucky and the only life she had ever known after discovering her prostitute mother was having an affair with the young boy Virgie loved.
Filled with hatred, resentment, and shame for the woman she called Mom, it was not until her mother’s funeral, did she learn the horrible truth, the reason for her change and the reason why she became the town whore, a weedmonkey.
A haunting true story…
From the author: “My mother began writing Weedmonkey when I was a little girl. In 2006, she was diagnosed with terminal cancer and given three months to live. On her deathbed, she asked me to finish writing it for her.”

A dying mother’s advice for the obstinate daughter she is leaving behind.

When the author lost her mother in 2006, she could have been a
better daughter. She tried to be the daughter that her mother wanted and needed at this time of sorrow but she didn’t know how to be that person.

In a collection of short pieces of advice, the author has put together words of comfort and wisdom that her Cherokee mother gave her over the years.

She never knew at the time, that this advice would help her as she took care of a dying parent. It also served as a catalyst to help her regain her footing after a series of tragedies following her mother’s death, left her in a crippling, suicidal depression for three years.

A story of hope, inspiration and how a briar of a child became the flower that her mother always dreamed of…but
died before she got a chance to see her bloom.

LICK AND A PROMISE~Diary of a Rock Star Groupie

*For Mature Audiences Only*
During the era of Classic Rock, Poppy Bishop was a teenage runaway. At 18, she was in bed with the lead guitarist of one of the biggest bands in rock history. She went on to become Poppy Bleu, a “famous” groupie who bedded rock stars, their wives (and girlfriends) and became a junkie by the time she was 21. However, she never forgot her first rock star…and he never forgot her.
For over 20 years, Poppy Bleu was known in the rock and roll world as the best backstage lay and liked, loved and hated by some of the world’s biggest rock stars. Her story is one of sex, drugs, and rock and roll and how she went from groupie to junkie to author and became the love of a lead guitarist’s life who saved her from a life of ruin.
Excerpt…”He slowly placed me on his lap. We were now face to face. Oh man, did he smell good. I could have licked his face off right then and there. I was like a kid in a candy factory, a drunk in a liquor store…a groupie on a rock star’s lap. I could die now and be happy.”
http://www.amazon.com/Lick-Promise-Diary-Groupie-Series-ebook/dp/B00AYB0IN4/ref=pd_sim_kstore_4
PUNCTURE

A hauntingly beautiful tale about vampire love and betrayal between a mortal and an undead.

Craving a taste for the dark side, Veronica gets more than she bargained for when she is seduced by Victor, an evil and dangerous vampire. His obsession with her runs her off the road to Heaven and soon she too will turn her back on righteousness.

Longing to be mortal again and trapped in the
the darkness of an immortal life, she struggles with knowing right from wrong, Heaven from Hell, and love from hate.

But when she discovers the truth about her dark prince, will it be too late? Will her new vampire friend help her destroy the only man she has ever loved? And why is he so willing to help her destroy him?

You will fall in love with the innocent Veronica and her
search for love, feel her joy at rekindling an old flame and die with her as the love of her life becomes her murderer.

Victor is a charming but wicked vampire who could compel a corpse on the gallows to speak. We follow him as he
preys on Veronica, senses her weakness and watch as he pounces on her and destroys her with just…one…puncture.

An abusive husband kills his wife then dies in prison and is sent to Hell. After making a deal with the devil, he must go through seven levels of Heaven to retrieve her and bring Satan back her soul.

But the trip up to Heaven is not so easy for this murderer who is entangled in a business arrangement with the devil.

The agreement involves two road maps, one to Heaven and one back down to Hell, bribing angels, being conned by demons, facing karmic debt and searching his way through a paradise where he is not welcome to find his dead wife and
ruin her peaceful eternity. 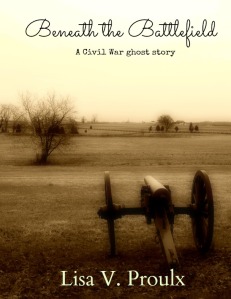 A civil war ghost story about a young soldier describing the horrors of war in letters to his mother back home.

After fighting in the battle of Antietam, his
life is forever changed…

The dark and wispy tale of an angry and violent man who is hell-bent on raising his wayward son even though the man committed suicide and is no longer an
earthly being but a demon hidden behind the shadows.

Darien and Lucinda’s son died as an infant. The baby, whose soul was pure, rejected his evil father and his violent ways.

After enduring years of abuse, Lucinda has had enough. After she leaves Darien, she finds him dead from a gunshot wound to the head.

Nine months later she gives birth to another son, a son born of
evil and ready and willing to be the child that Darien has longed
for.

What follows is a hellish nightmare with a demonic son whose
guidance from a long-dead father he never knew, makes Lucinda’s life a living hell.

A father who committed suicide and now a nobody, a lost soul, hidden behind a veil of shadows.